This article was automatically generated from an algorithm programmed by playmakerstats.com with changes made by the user Prosebot
2023/01/24 11:30
E0 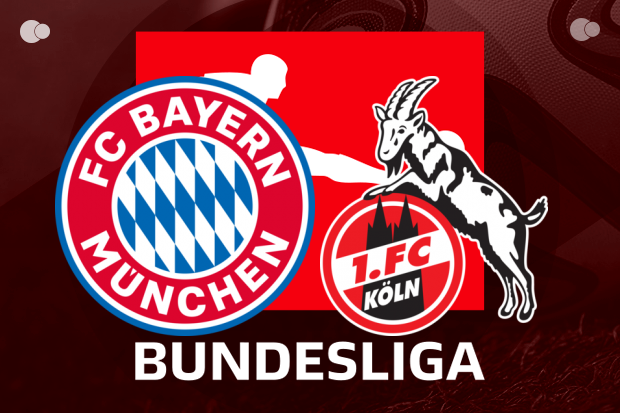 Bayern München host FC Köln this Tuesday at the Allianz Arena for round 17 of the 1. Bundesliga. Currently, Julian Nagelsmann's team are 1st in the table with 35 points, while Steffen Baumgart's team are 11th with 20 points.

Ahead of the contest, Bayern München are on a scoring run that has seen them score at least one goal a game in their past 9 matches in the 1. Bundesliga 22/23. A look back at the history books shows that Julian Nagelsmann's team and FC Köln have faced each other one hundred two times, with Bayern München holding the advantage: 55 victories, against 24 victories of Steffen Baumgart's team. Specifically in the Allianz Arena, Julian Nagelsmann's team has the advantage in the duels against FC Köln: 29 wins in 52 games, while Steffen Baumgart's team has 9 wins.

In the 1. Bundesliga, ninety-six games were played between the two teams, with 50 wins for Bayern München, 23 draws and 23 wins for FC Köln.

Considering the 1. Bundesliga 22/23, from Bayern München's most influential players, Sèrge Gnabry participated in 16 games, and Dayot Upamecano is the one with more minutes played (1431). Jamal Musiala has scored 9 goals, the most across Bayern München's squad. As for FC Köln, Marvin Schwabe is the most used player in a total of 16 games (1440 min). Steffen Tigges is the current best scorer with 5 goals.

The last meeting between the two teams ended with Bayern München winning 4x0. Julian Nagelsmann's team is given the favouritism to win this match.

This article was automatically generated from an algorithm programmed by playmakerstats.com with changes made by the user
Relevant?
YYYYY
Quality?
YYYYY
POLL RESULTS
BAYERN MÜNCHEN
DRAW
FC KÖLN
motivo:
ENo comments made.