A point apiece for Valencia and Almería

This article was automatically generated from an algorithm programmed by playmakerstats.com with changes made by the user Prosebot
2023/01/23 22:30
E0 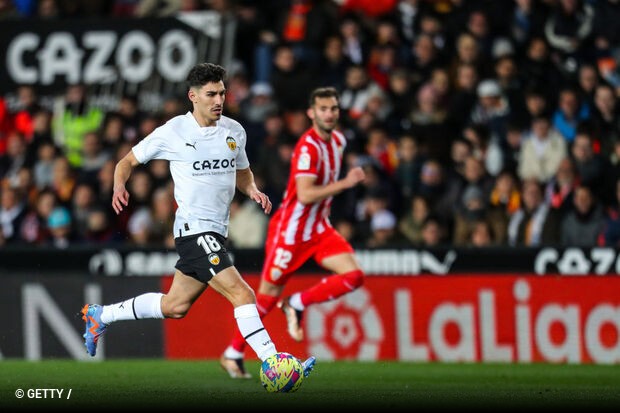 Shortly before the interval, Largie Ramazani wasted the chance to score. The first-half ended without any goals.

Justin Kluivert opened the score after the break. With this strike, Justin Kluivert reached 5th goals for the season. With 54 minutes on the clock, Chumi struck for Almería. After 65 minutes, José Gayá struck the second goal for Valencia. In the 74th minute, Francisco Portillo netted the final goal of the game.

After the result Valencia are 12th in the table, with 20 points, while Almería sit 14th place, with 19 points. In their next fixture, Gennaro Gattuso's team will play away against Valladolid. Meanwhile, Rubi's team will play at home against Espanyol.

This article was automatically generated from an algorithm programmed by playmakerstats.com with changes made by the user
Relevant?
YYYYY
Quality?
YYYYY
POLL RESULTS
VALENCIA
DRAW
ALMERÍA
motivo:
ENo comments made.